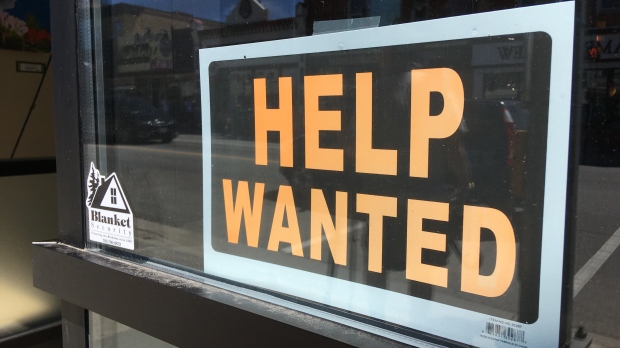 Amid a worsening labour shortage in Quebec, the Conseil du patronat (CPQ) is proposing 10 solutions to alleviate the problem, while once again calling for higher immigration thresholds and no minimum income requirement to be accepted into the province. The Conseil says one if its solutions includes increasing the number of working people aged between 60 and 69. This comes after job vacancies increased from the last quarter of 2020, at 150,000, to the first quarter of 2021, at 181,000. Immigration When it comes to immigration thresholds, CPQ President and CEO Karl Blackburn states the number of new immigrants to Quebec must be "quickly raised" to meet labour needs. He notes that since 2015, the number of immigrants admitted to the province has never exceeded 53,000. According to him, "the need is 64,000." Blackburn asserts that employers do not want 'cheap labour;' they need workers in agriculture and food processing, where wages are lower, as well as in health, education and information technology, where wages are higher. "We must avoid categorizing a good job and a bad job," says Blackburn. Quebec Premier François Legault had previously mentioned having a $56,000 salary floor as a benefit to bringing immigrants to Quebec and raising the average wage. Below that, Legault said he would "suck up" the "problem." The Conseil du patronat says it is opposed to this solution, arguing that "the wage criterion should not be considered a limitation." It takes all types of jobs to make an economic recovery, Blackburn notes. Limiting it to high earners would "slow down the economic recovery we want to achieve," he said. The 60 to 69 year olds Among its solutions to alleviate the labour shortage, the CPQ proposes keeping 60 to 69-year-olds in the workforce longer. Quebec has a gap, when compared with Ontario: "This would add 75,000 workers to our workforce," said Blackburn. To achieve this, he advises the government to increase the tax credit for career extension to $20,000 and revise the rules for contributions to the Quebec Pension Plan for workers aged 60 and over. Corporate training The CPQ states that "30 per cent of employers are ready to train their staff themselves if they receive financial support." For example, the CPQ suggests that the salary reimbursement of a worker who needs to upgrade their skills or acquire other knowledge could be increased by up to 75 per cent. Young people Blackburn states the province needs to entice young people, who are neither employed, training nor studying, to enter the workforce. This, according to the CPQ, could be done "by being flexible" when it comes to return-to-work or return-to-study programs and measures. Blackburn adds there is "no magic wand" and any one solution will not be enough to solve the province's labour shortage problem.

She practised in the field of immigration and business law for more than 4 years, before concentrating her activity around the issues of business immigration and international mobility in Canada. Member of the Bar of Quebec and the Quebec Association of Immigration Lawyers (AQAADI). Co-founder of the Canada-Cuba Chamber of Commerce and Industry. Graduated in international economic relations at the Higher Institute of International Relations in Havana, Cuba. ... and globetrotter in her spare time, she is passionate about languages and speaks fluent French, English and Spanish.